Note: A draft was sent to our FREE Actionable Investment Idea Newsletter over the weekend.  If you like being in the know and want FREE weekend reading, be sure to sign up NOW. It's FREE!!

Thus far I’ve talked only of coastal apartment REITs.  My preference for these REITs has been based on:

Having covered the CA/urban heavy REITs in-depth, today I will give an overview of the sunbelt and take a look at the valuation of two sunbelt apartment REITs, Mid American (MAA) and Camden (CPT).  The main draw to the sunbelt as most people know is the long term demand story - decades of strong population growth driven by a lower cost of living, warm weather and a business friendly environment (sometimes zero state income tax).  Below is a snapshot of population #s over the past 5o years in a selection of Sunbelt cities. The numbers are simply staggering.

While all US equity indices are up strongly YTD, shares of MAA and CPT are in the red despite:

I believe that the disconnect between the fundamentals/private market values is largely driven by fund flows out of publicly traded real estate vehicles (ETF ownership is ~30% for most US REITs).  Apartment assets have been lumped in with troubled sectors like hotels, malls, and office.  This had lead many ‘investors’ to shoot first and ask questions later.

At Friday’s (11/27) quote, I estimate that Camden trades just north of a 5.2% cap rate.  MAA trades at 5.1-5.2%.  So there is a notable disconnect between where the sunbelt apartment REITs are trading and the private market value of their assets.  Assuming a cap rate of 4.25% (a bit more conservative than recent private market transactions), CPT and MAA each look to have 25-30% upside.

While the level of upside here is not necessarily exciting, I believe there is limited fundamental downside here given:

While the sunbelt has shown strong population growth, loose zoning and ample buildable land make the supply picture far less knowable/favorable than we see in SF/LA/Boston, etc.  Similarly, ample land allows for relatively inexpensive home ownership - in many cases the monthly cost of owning vs. renting is negligible (particularly with sub 3% 30y fixed mortgages).  Lastly, as these metro areas evolve, they require additional investments in infrastructure (little state support given no/low state taxes) which can and does lead to higher property tax growth. Property taxes are the largest operating expense component for apartments - large property tax hikes can put a big dent in NOI.  So while the population growth (demand) story shines bright, supply/competition from home ownership and higher property tax growth tempers my enthusiasm.

While private buyers entering at a 4 cap are unlikely to generate the same type of mid teens IRRs we’ve seen in the past, given exceptionally low financing costs, I expect returns here to be adequate.  Further, in general apartment lenders seem rational to me - at least considering their alternatives -i.e. a world of 85 bps 10y Treasury yields lenders are triple the interest rate (receiving a 150-180 bp spread).

As such, it is conceivable that cap rates for apartment assets (coastal and sunbelt alike) could trend even lower given how pricey other asset classes have become (many equities, bonds, crypto).  Apartment assets provide very durable streams of inflation protected (rents reprice annually) cash flow - equity and debt investors alike may be willing to accept even lower returns in the future.  I’d certainly rather own apartments, even at a cap rate in the 3s, instead of bonds over a 10+ year horizon.

On Camden's 3Q call, Campo went on to discuss the opportunity for 'capital recycling' which quite simply means that in today's environment, Camden has the opportunity to create value for shareholders by: 1) disposing of properties at advantageous cap rates (sub 4%) and (2) redeploying that capital at much higher rates of return.  Of course, the reader must be wondering: with private market pricing at all time highs, how can Camden deploy capital at high rates of return? Development.  Camden and other apartment REITs have demonstrated an ability to develop assets at attractive yields (NOI of development / cost of development).

Over time, Camden (and other multihousing REITs) have shown an ability to generate high returns (relative to cap rates/returns available from buying stabilized assets) through development.

Here I outline how apartment REITs like Camden are able to create value for shareholders through development.

While there are few opportunities for the REITs to buy apartment assets, there are ample opportunities to create value by selling assets at all-time high prices and earn high rates of return on the proceeds.  That said, development activity is measured (to mitigate risk) - as such I think capital recycling/development will accrete about 1-2% to NAV per share for CPT/ MAA over the next 2-3 years. Coupled with debt paydown (AFFO payout below 100%) and NOI growth, I expect that CPT/MAA will increase NAV ~5% per year while paying 3%+ dividend yields.  The combination of dividends, NAV growth, and closing the gap to NAV is a powerful combination which should produce an annualized return of 13-14% over a three year horizon.

The above assumes that 2021 NOI is flat compared to 2019.  On the one hand, population growth has generally been strong and renewal rents have been positive.  On the other hand, 2021 will see some flow through impact of negative new lease rates signed in 2020 as well as higher operating expenses - mainly property taxes.  As mentioned above, property tax growth is higher in sunbelt markets than in California or Massachusetts where it is capped.  Looking out 2-3 years I expect NOI (akin to adjusted EBITDA) growth of 2.5-3% driven by continued high occupancy and modest rent growth (demand should be solid but we are likely to see some supply growth).  This could prove slightly conservative.

I use a 4.25% cap rate in valuing the assets - this is slightly more conservative than where assets are currently trading (3.75-4.0%) and gives a bit of cushion if interest rates rise.  4.25% represents a cap rate spread of 340 basis points which is at the high end of historical cap rate spreads -suggesting a high 3s cap rate might be more appropriate if long term interest rates remain suppressed.  If valued at a 4% cap rate, the 2021 fair values for CPT and MAA would be $136 and $174, respectively.

Note this is NOT investment advice.  Always do your own work. 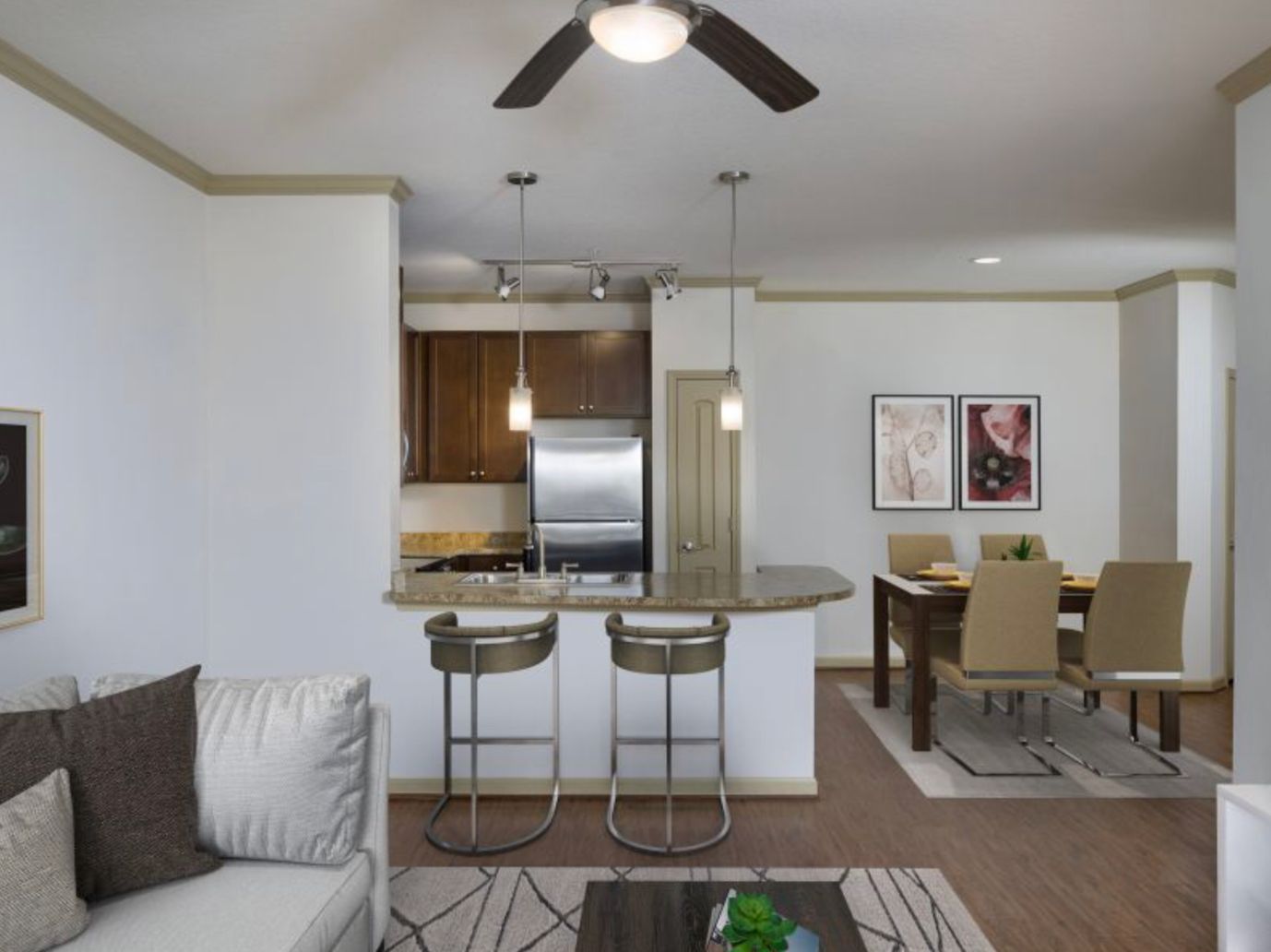 Mid American and Camden both reported results last week.  For 4Q20/FY2020 MAA's results were a bit better as it has less exposure to the soft Houston market and no exposure to Los Angeles.  Similarly, MAA has a slightly better outlook for 2021.  MAA mgmt expects slightly positive NOI expected